Turkish Law had become a part of civil law legal system after the reception of the Turkish Civil Code and Turkish Code of Obligations in 1926. The New Turkish Civil Code adopted in 2002 had also follow the civil law tradition. Roman Law course, being a part of the curriculum following the establishment of the faculties of law in Turkey, is the symbol of Turkish Legal Reform in Turkish legal education. Roman Law is a living field of law as it is the basis of the concepts, institutions, rules and principles of the private law rules in force. 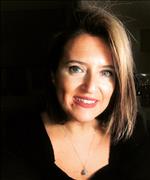